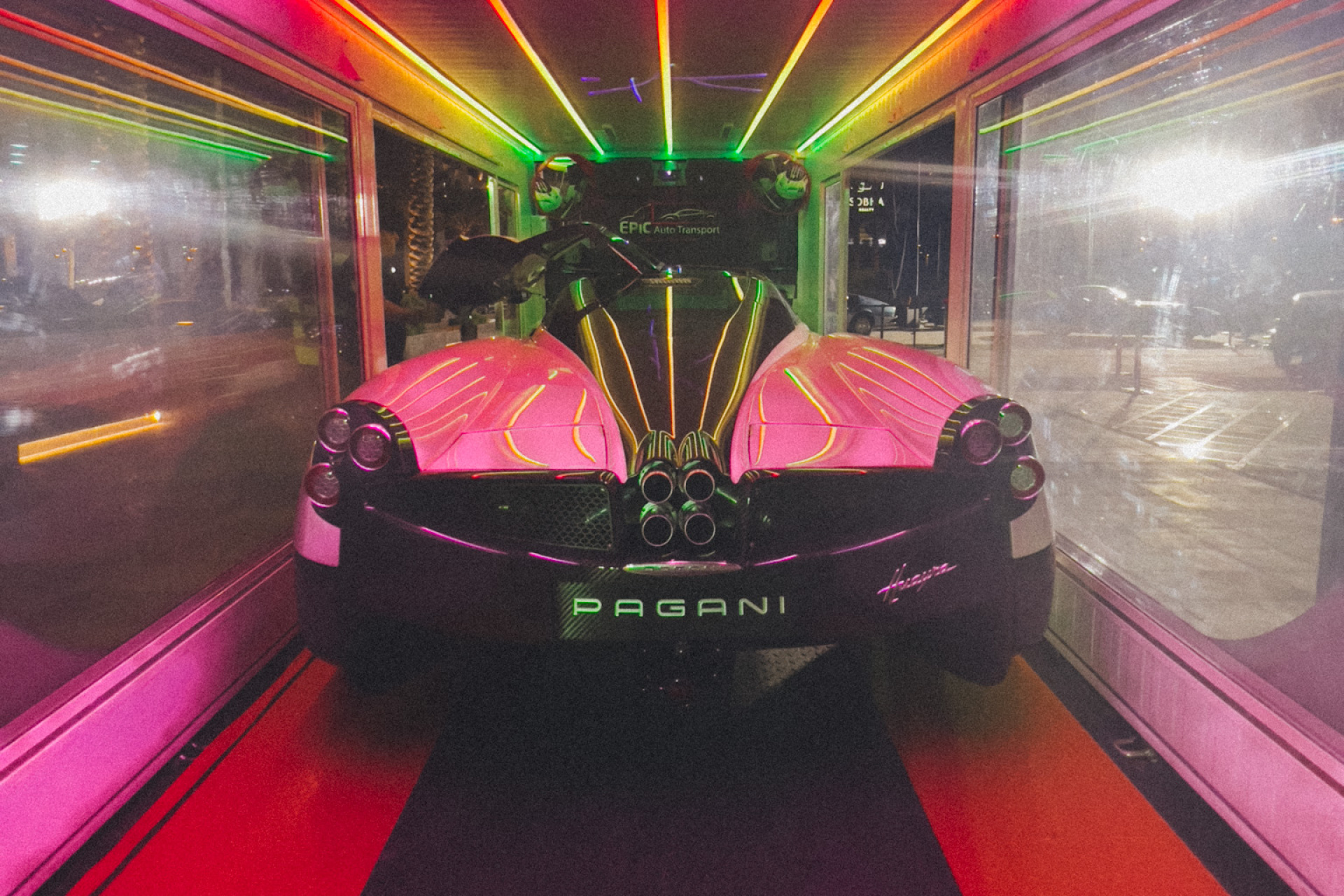 As Dubai prepares for the Mille Miglia UAE, I’m out here witnessing the most incredible vehicle transportation I’ve ever seen. A truck fitted with fully transparent sides, enhanced with what can only be described as a night club lighting set up, allows you to fully display the moving of your car. Only in Dubai!

Surrounded by colourful flashing lights, enhanced with lasers and smoke machines, the Pagani Huayra is successfully loaded on to its glamorous carriage, ready for the Mille Miglia UAE. I really have never seen anything like this!

Today we’re taking a real whistle stop tour around the cars that are ready to be entered into the event, as we are finally embarking on the first journey of the Mille Miglia coming to the Middle East. This is a massive moment, giving a flavour of what’s to come later in the year, put on by our partners Octanium.

I’m delighted to introduce you to the car I’ll be driving for the next three days – a 1970 Mercedes 280SE. This beautiful machine has been fully restored by Barabus, running a 200hp engine and upgraded air-con, which is fully reliable in these temperatures. The interior takes cool to a whole other level, and it’s a convertible! 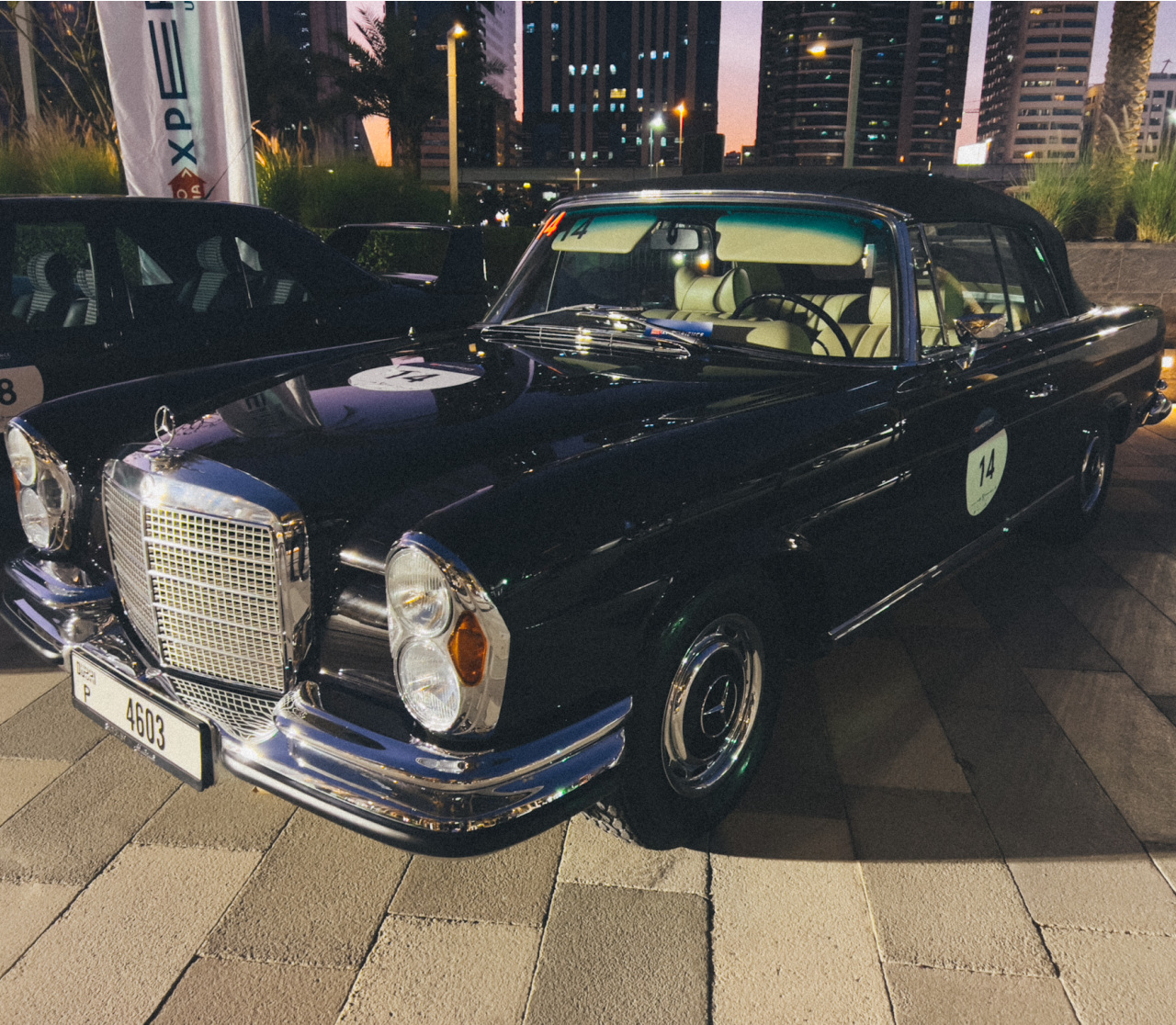 As part of this event, we’ll be taking on a journey across five of the Emirates states in just two days, which is going to be a fantastic tour. The most important thing I can do today is apply our number 14 stickers on to the car, otherwise we won’t be entered into the event. Despite the wind and my struggles with applying the stickers, they’re finally on and we’re officially allowed to take part.

What’s extra special about this event is that it’s the first time there’s been a ‘Contemporary Icons’ class included. This is destined to recognise cars that have enough merit to join along for a ride.

One of the most significant cars in this event is the Jannarelly, which is the first car to be designed and made right here in the UAE. Remarkably, the car weighs just 850kg with 320bhp and, with no roof at all, it’s perfect for this time of year in Dubai.

Finishing off where we started, entering the events is also one of those poster cars around whilst I was growing up – a 990 Mercedes Benz. Having developed cult status almost overnight, it’s boxy and angular shape just make it even more cool.

We’ll see you soon for the next update as we get out on the road with these cars soon!