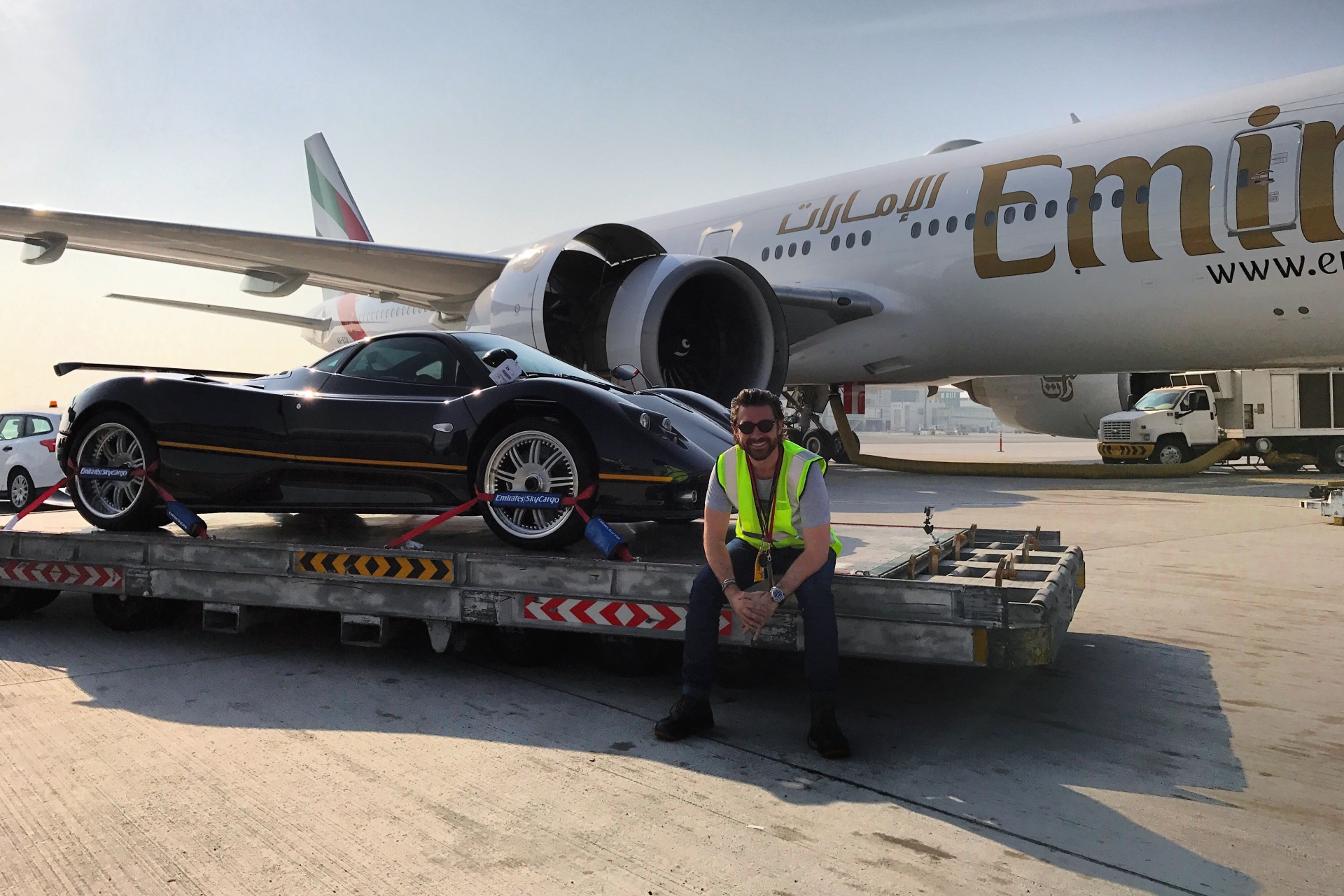 Flying cars as cargo is no new service for the logistics industry but, what if you wanted to take your car on holiday with you? On the same plane you're flying in, checked in along side your baggage and waiting right outsise the airport or even your hotel to enjoy while you're abroad? Introducing Sky Cargo from Emirates Airlines!

However - how do you launch such a niche service and were do you find such an audince interested in such a service?

Mr JWW partnered with Emirates Airline to showcase their first-class supercar delivery service. MrJWW showcased a Pagani Zonda F flying from Dubai to Italy in time for the supercar's annual service at the Pagani factory in Bologna.

Filmed together with Emirates the documentary ultimately aired as an in-flight entertainment feature across the Emirates Airline fleet, supported with a behind the scenes video that sat on the MrJWW YouTube channel. Being a world-first the video alone was viewed over 2.5 million times on YouTube plus countless streams from the on board in-flight entertainment.

Travelling on the exact same flight as Mr JWW, viewers get a unique insight into the pre-flight prep for Emirates SkyCargo and the seamless transition of the car off the plane on arrival in Italy.

Ewan Cairns, Global Head of Cargo Marketing for Emirates Airline, said this of the partnership:

“Working with James is never dull. On the various projects that we have worked on together we have not only produced some of the best, most engaging and viewed content for the airline, but we have also seen a lot of interest from customers, as well as prospects, that may never even have considered our car transportation product before seeing these films.”