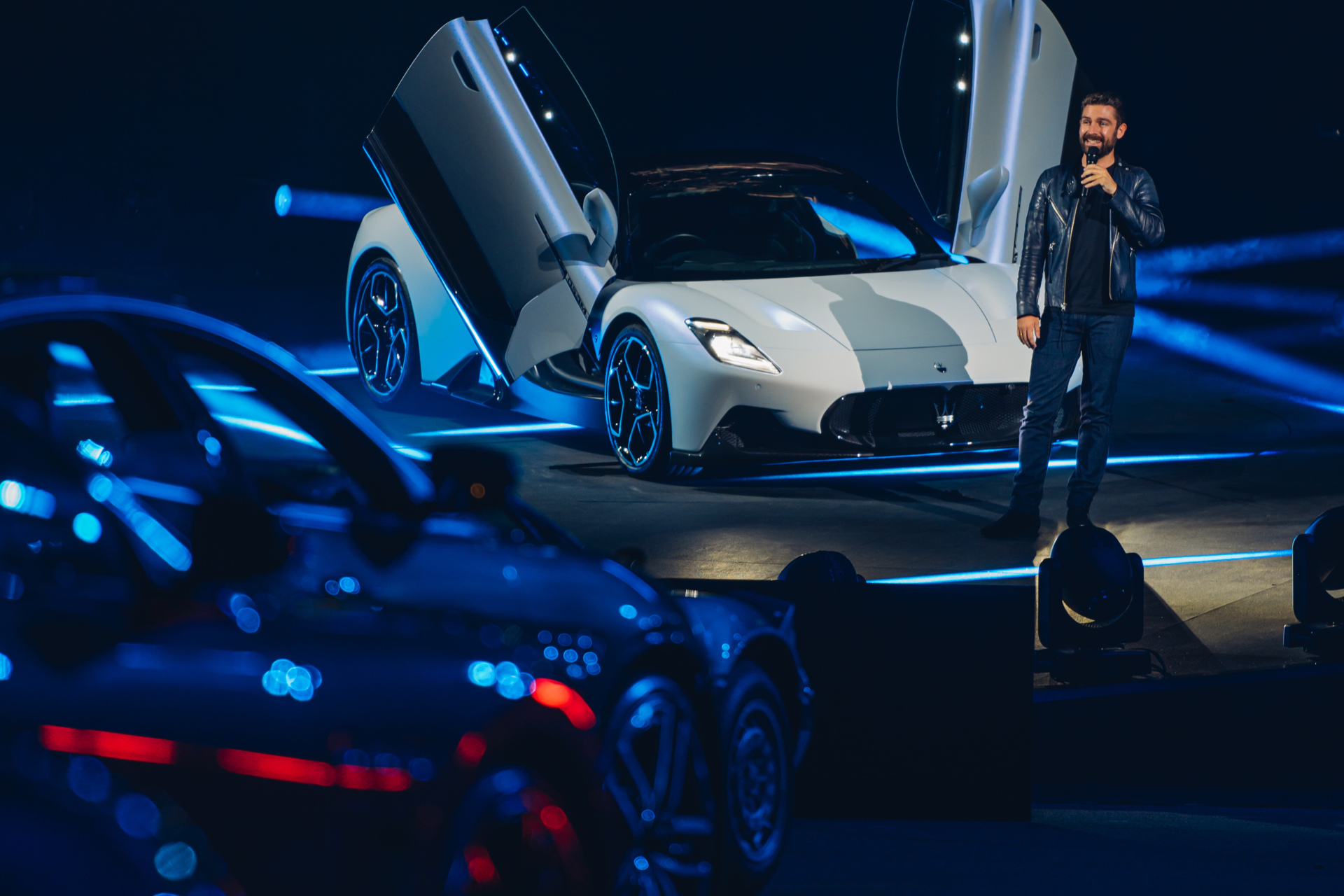 Presenting the Maserati MC20 launch was an incredible honour and a landmark event for our team's calendar. Taking place on 9th September 2020, the trip to the home of Maserati in Bologna, Italy was to host a car launch like no other and to ultimately be part of an occasion that would became a truly iconic moment in the manufacturers esteemed history. 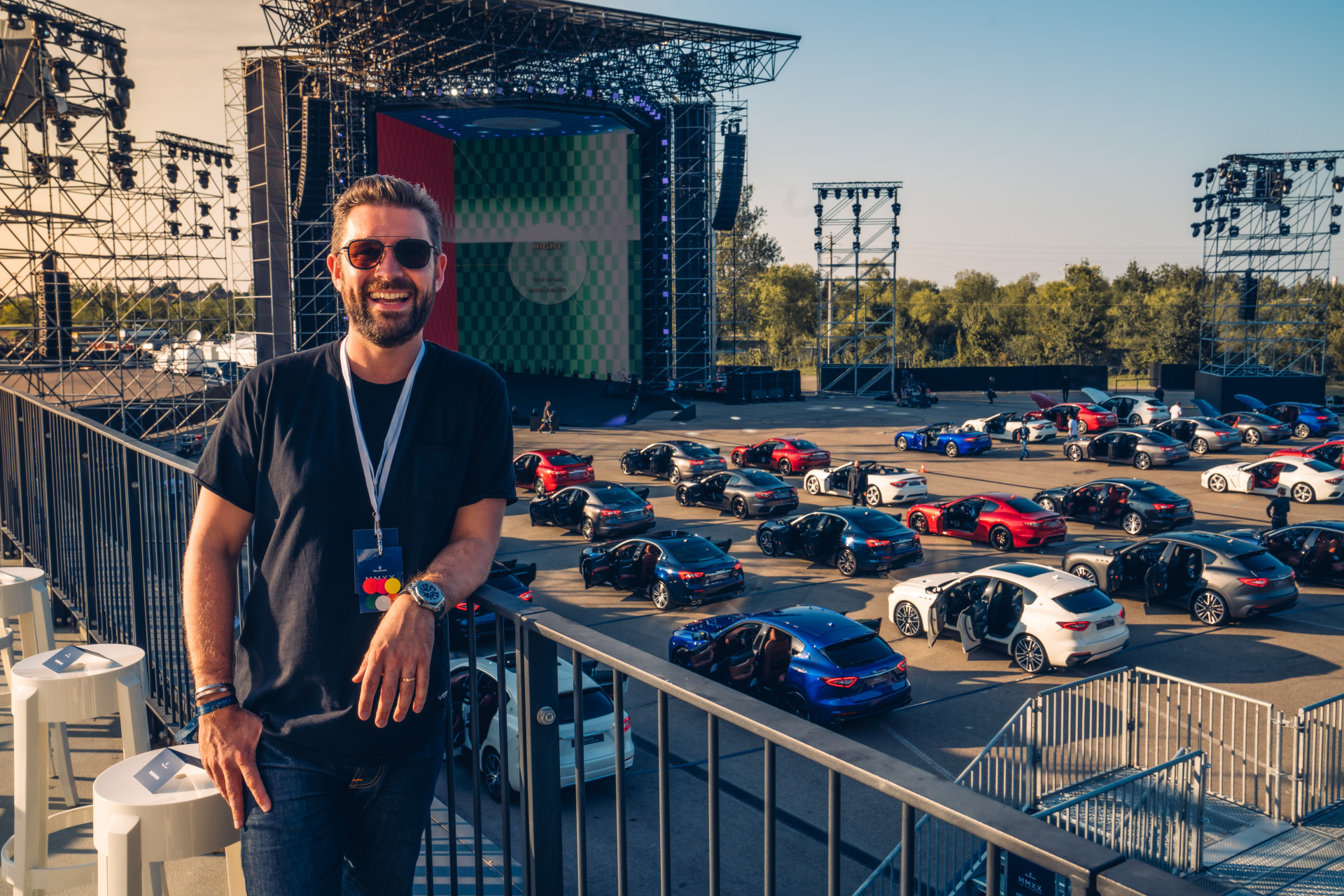 The initial contact from Maserati was all a little mysterious at first, under a multi-page NDA (non-disclosure agreement) and with very little information provided to me via email, I took two trips to Italy in secret, prior to the event, to see the car before it was officially unveiled and to learn all about the exciting future of Maserati that was soon to be unveiled to the world.

In that moment, you are the face of the brand. You are Maserati. 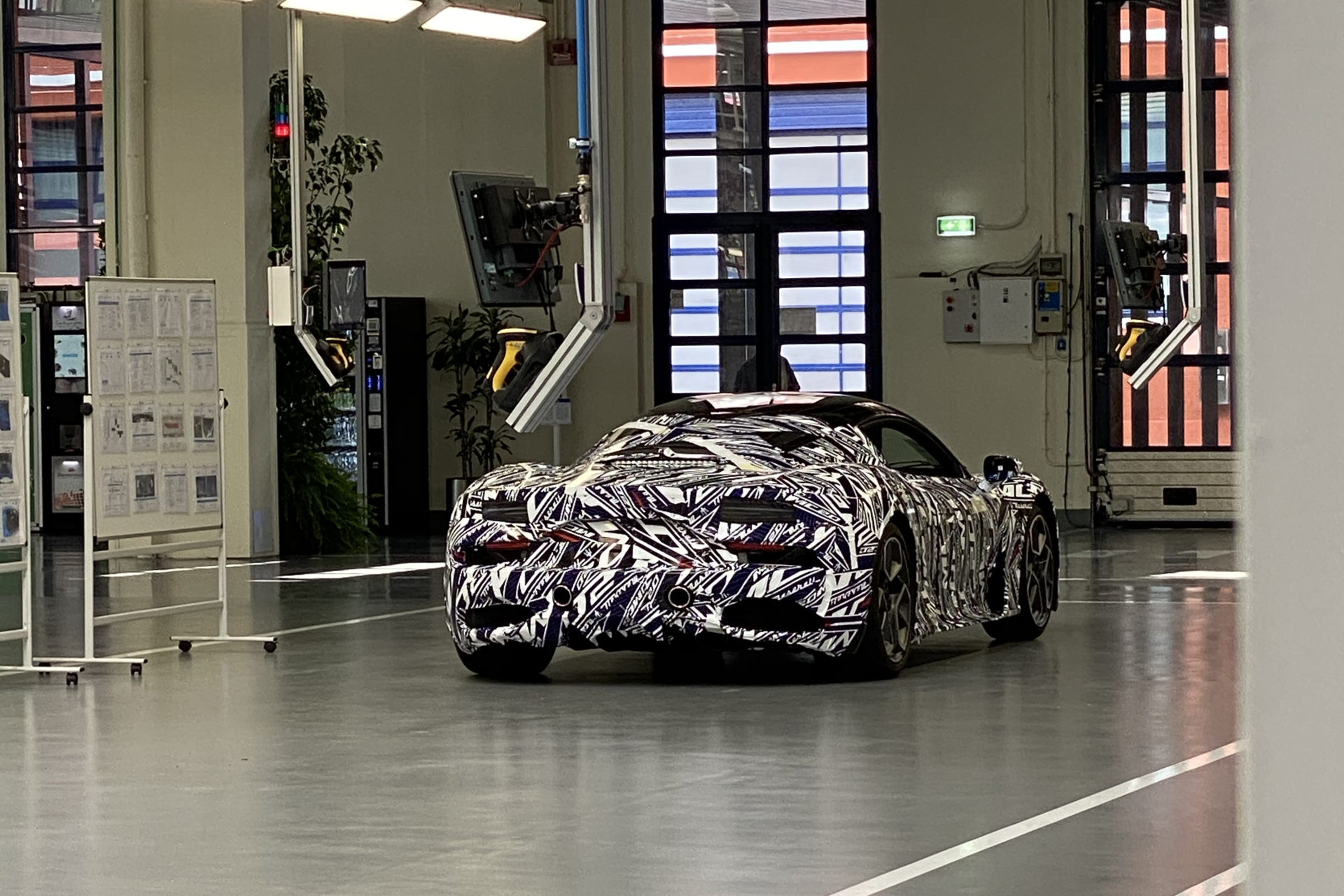 When you finally digest the magnitude of presenting the future of a brand like Maserati to the world, it is essential, for me at least, to really believe in the information I am being asked to share because, not only are you representing yourself but, in that moment, you are the face of that brand. You are Maserati.

I preface with that spot of context because after my first secret visit - having had a factory tour, and a preview of the car and discovered the remarkable Nettuno engine that quite literally uses Formula 1 technology - the prospect of MC20 was fantastic but, truthfully, I needed a little more info to be fully convinced of standing in front of millions on a live broadcast to tell the world how fantastic this new car was going to be.

Guys, everything looks fantastic, the car is gorgeous but...what you're saying to me is, you've baked a great cake, and it looks amazing, but! I'll just have to take your word for it that it tastes great.

I needed to taste the cake. After the awkward conversation of asking Maserati's head of engineering to put me in the drivers seat of their prototype supercar - I was soon invited back for my second inconspicuous trip to Bologna for the sole purpose of driving the MC20 development car. 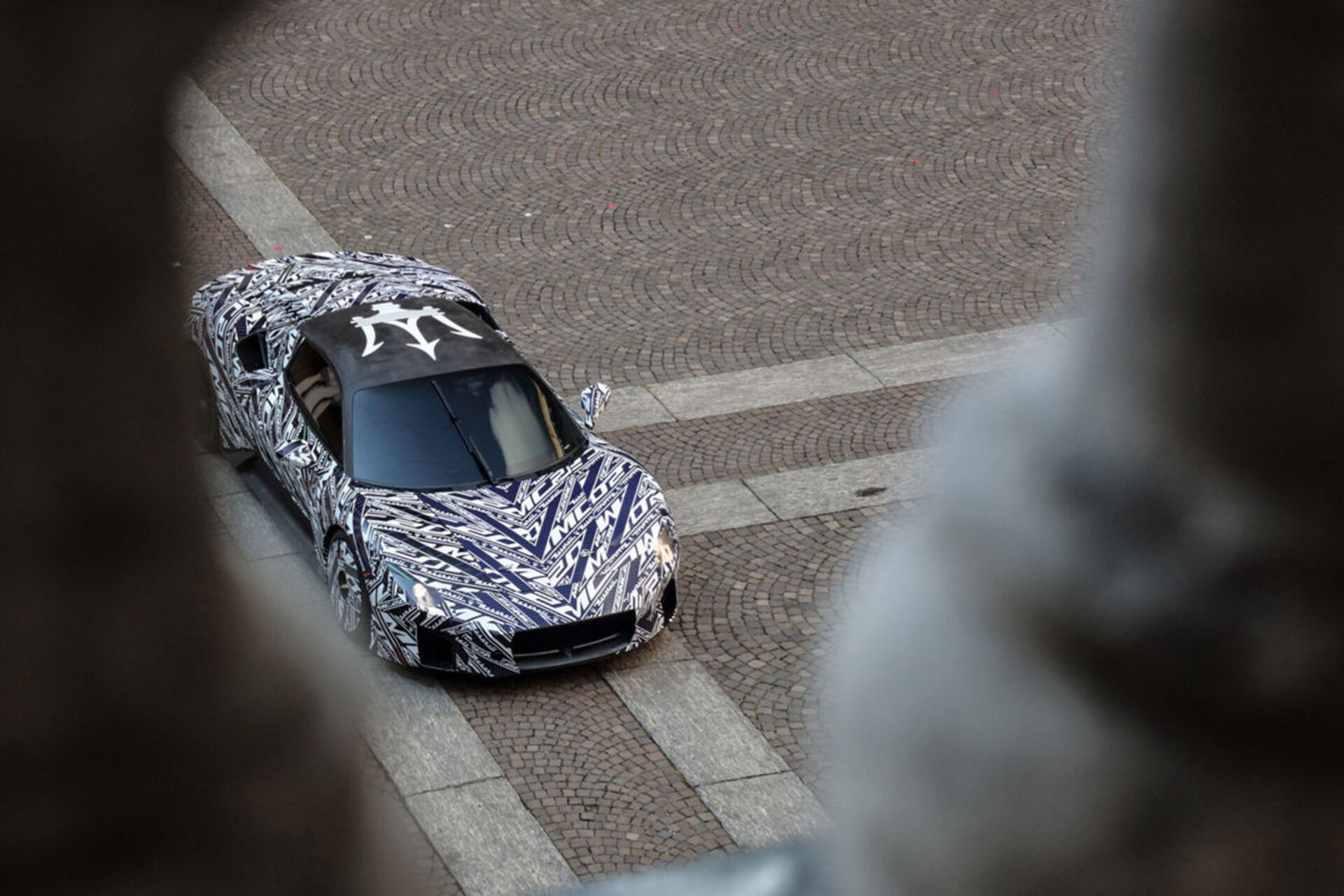 And just like that, there I was, at a secret location strapped in to the one and only MC20 in existence, the result of a couple hundred million euros of research and development culminating in this single rolling chassis, an unprecedented move from Maserati and a gesture that gave me all the confidence I needed to represent their new car.

In short, the prototype was outstanding, even at such an early stage of it’s development - I’d of been happy to accept the car in the state and tune it was in on that day (sans camouflage wrap) it had all the components on paper for the making of a great supercar but how those components are calibrated is an entirely different proposition.

To quickly summarise - it's a supercar built around a carbon fibre monocoque, fitted with the most power dense V6 production car engine ever made, double wishbone suspension all around, carbon ceramic brakes, bespoke sticky tyres and all transmitted through an ultra fast shifting twin-clutch gearbox. It felt every bit as good as it sounds.

The gesture to drive the car alone was enough to give me the confidence on stage, it was the conviction from Maserati to show me how much they believed in their new car and how they felt it was important for me to feel the hype surrounding MC20 was real and not just marketing extravagance.

It is at this moment in any presenter's role that it hits you. From the man driving the fork lift truck to the CEO of Maserati, the entire team are putting this together for you to deliver their message...perfectly.

Fast forward a month and its launch week. I remember the first day I arrived on location and the size of the stage and the magnitude of the event hit me. Honestly this was Glastonbury Pyramid stage big, standing at just over four stories tall and featuring two anamorphic screens - if someone had told me Metallica were about to play i'd have fully believed them! 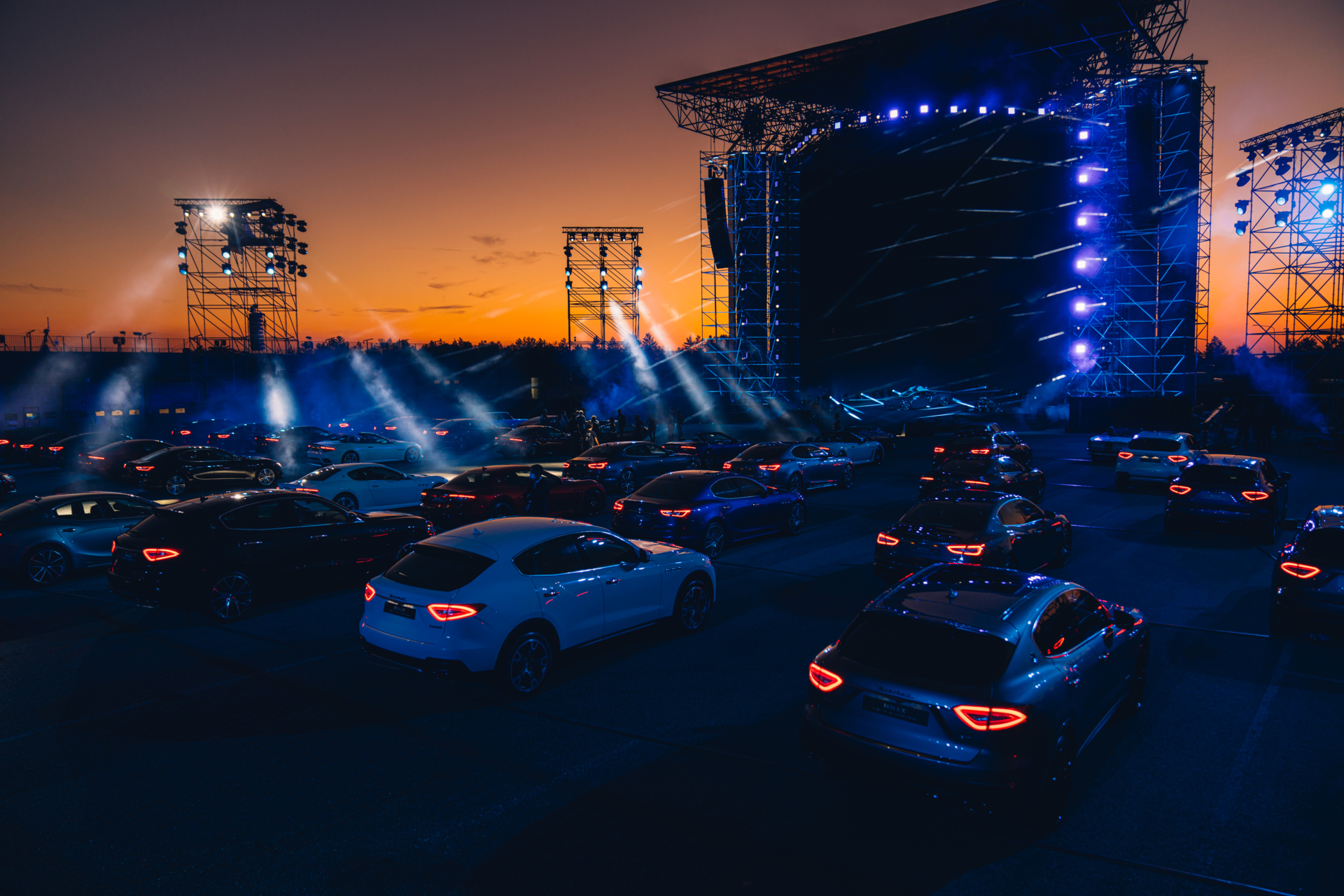 It was the most imposing set I had ever seen with a fleet of broadcast trucks and vans of TV stations from all over the world plugged in to the surrounding infrastructure to beam the event live. 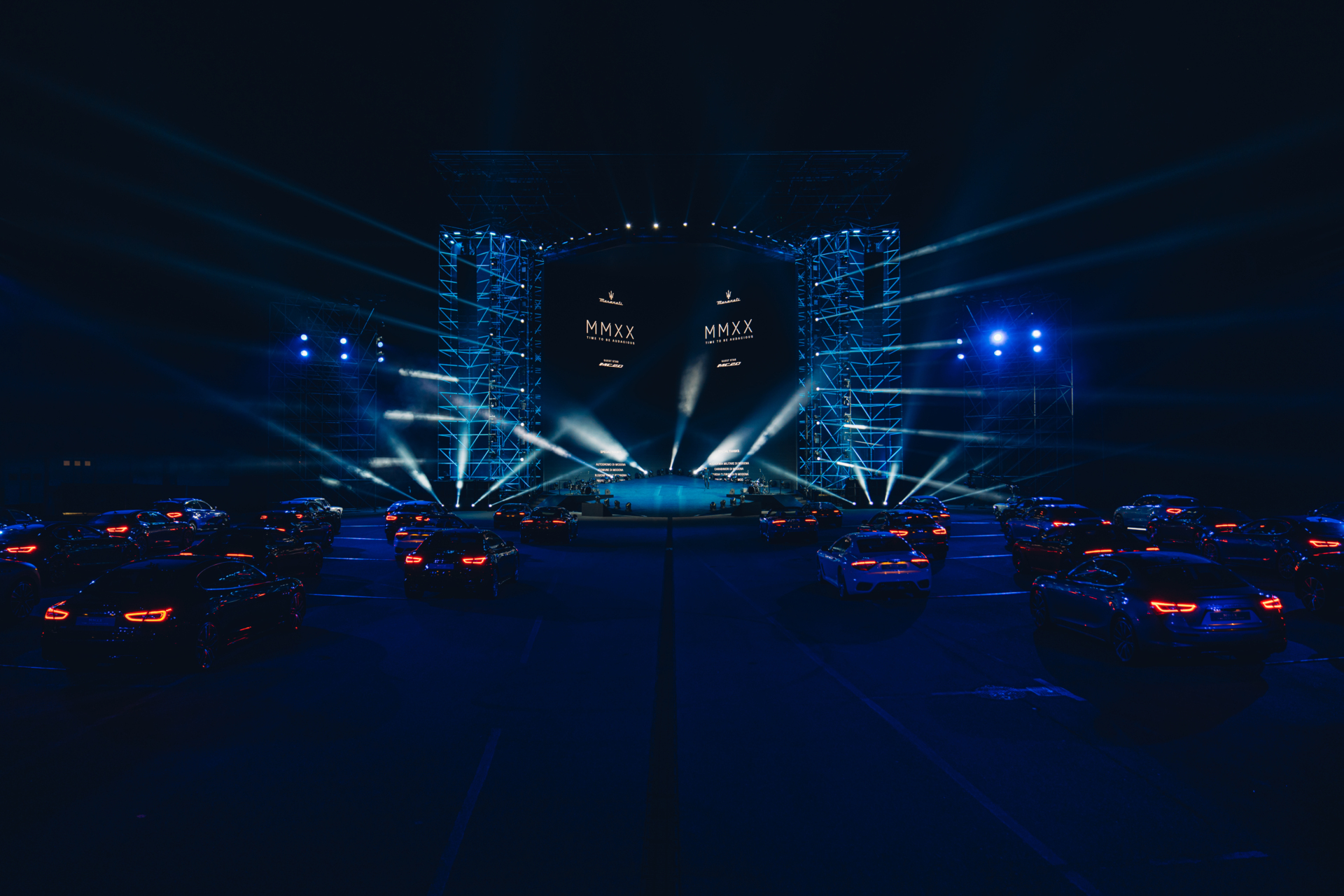 I walked around the entire set, quickly losing count of all the people involved in the construction and organisation of the launch - seemingly you'd need less people to build a skyscraper! It is at this moment in any presenter's role that it hits you; from the guy driving the fork lift truck to the lighting engineers, catering, producers, broadcasters ,set designers and even the CEO of Maserati - Davide Grasso - this entire team, are putting all of this together for you to deliver their message...perfectly. 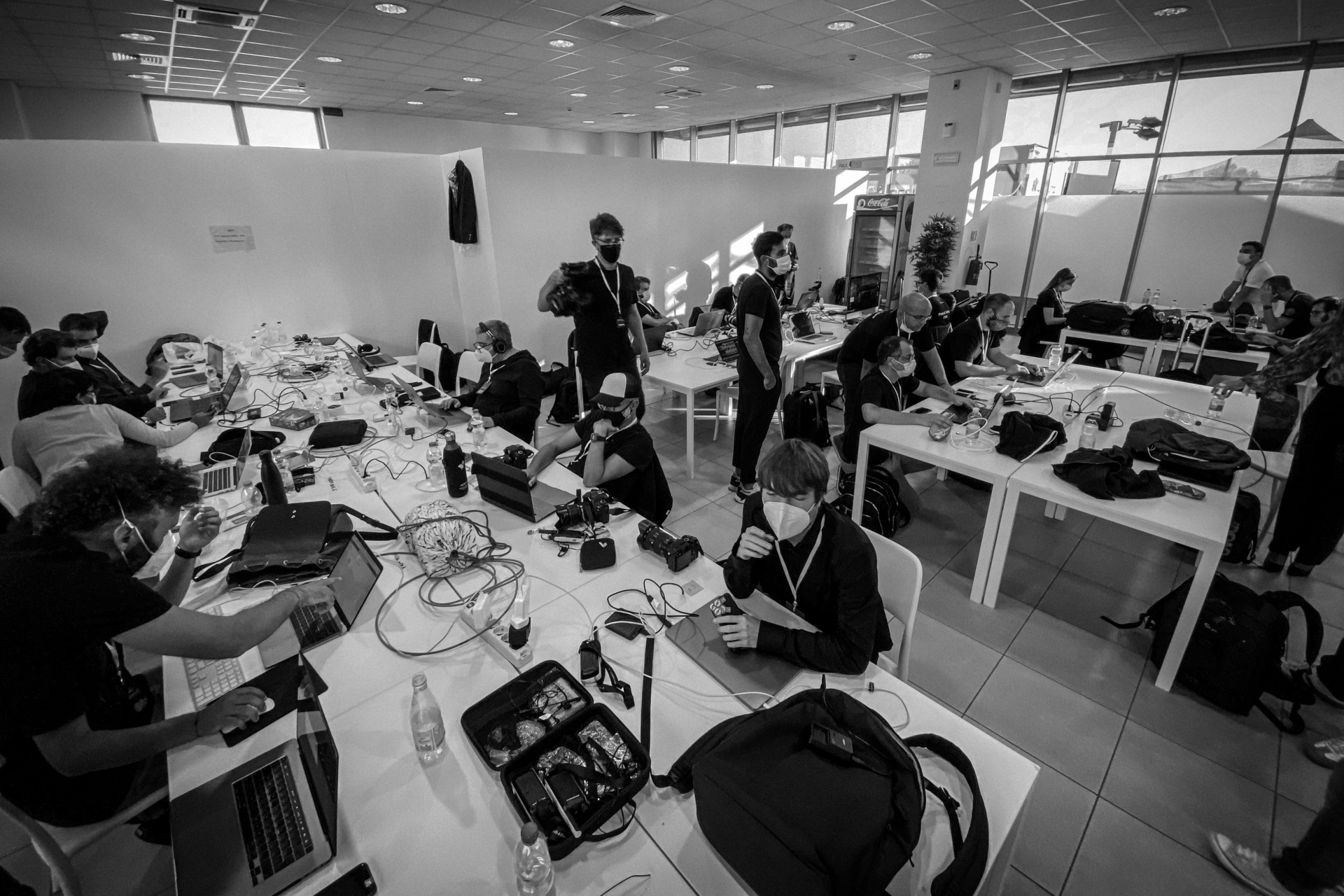 The four days of rehearsals were staged well into the evening to mimic the actual timing of the real occasion. By the second evening we actually recorded a real, complete show, to use as a backup to send out to broadcasters and online shows just in case there were any technical issues on the night.

It is perhaps important to mention at this stage that the car culture in Italy is akin to that of football in the UK and, Maserati is one of the 'clubs' Italian's are the most proud of. As the eighth largest car manufacturer in the world and part of the FCA group - a company that developed 108 Billion euros of revenue in 2019 - it goes without saying there were some pretty substantial VIPs on the guest list! 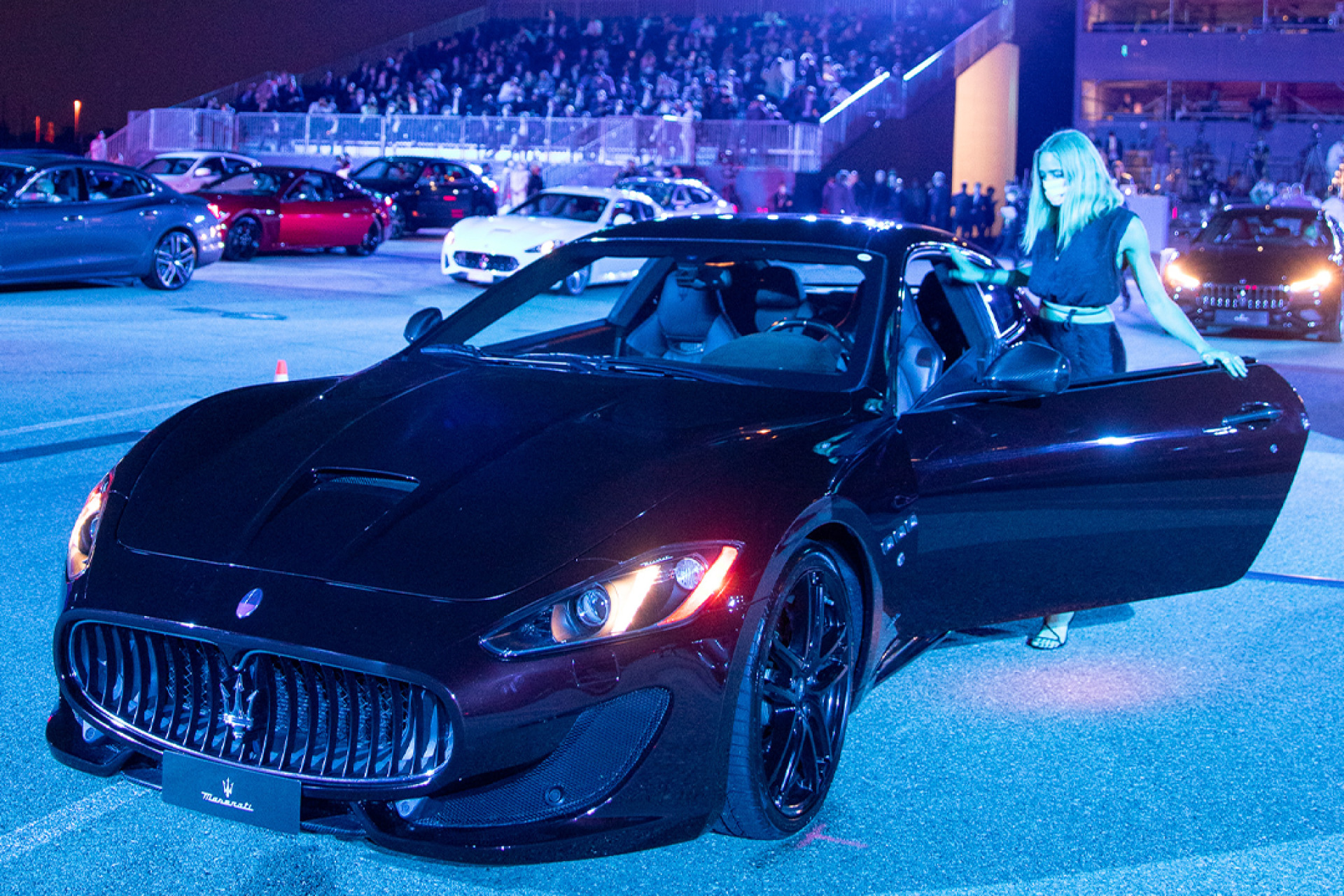 FCA group CEO Michael Manley and the Elkaan family of Ferrari fame and most Italian celebrities you could wish to see graced the 'table plan' only, there wasn't so much of a table plan as a car plan. The show began with an audience of head-lit Maserati cars from over the decades facing the stage for the VIP’s to sit in supported by a thousand seater grand stand for journalists and media to observe.

Stepping on to that stage to know quite literally the world is watching and this is it. What a feeling, what an honour!

Peak excitement sets in as myself and multi-championship winning Racing Driver, Andrea Bertolini, drive the Maserati MC20 on to the stage to the sound of thunderous live percussion being played by what I can only describe as synchronised drumming racing drivers! 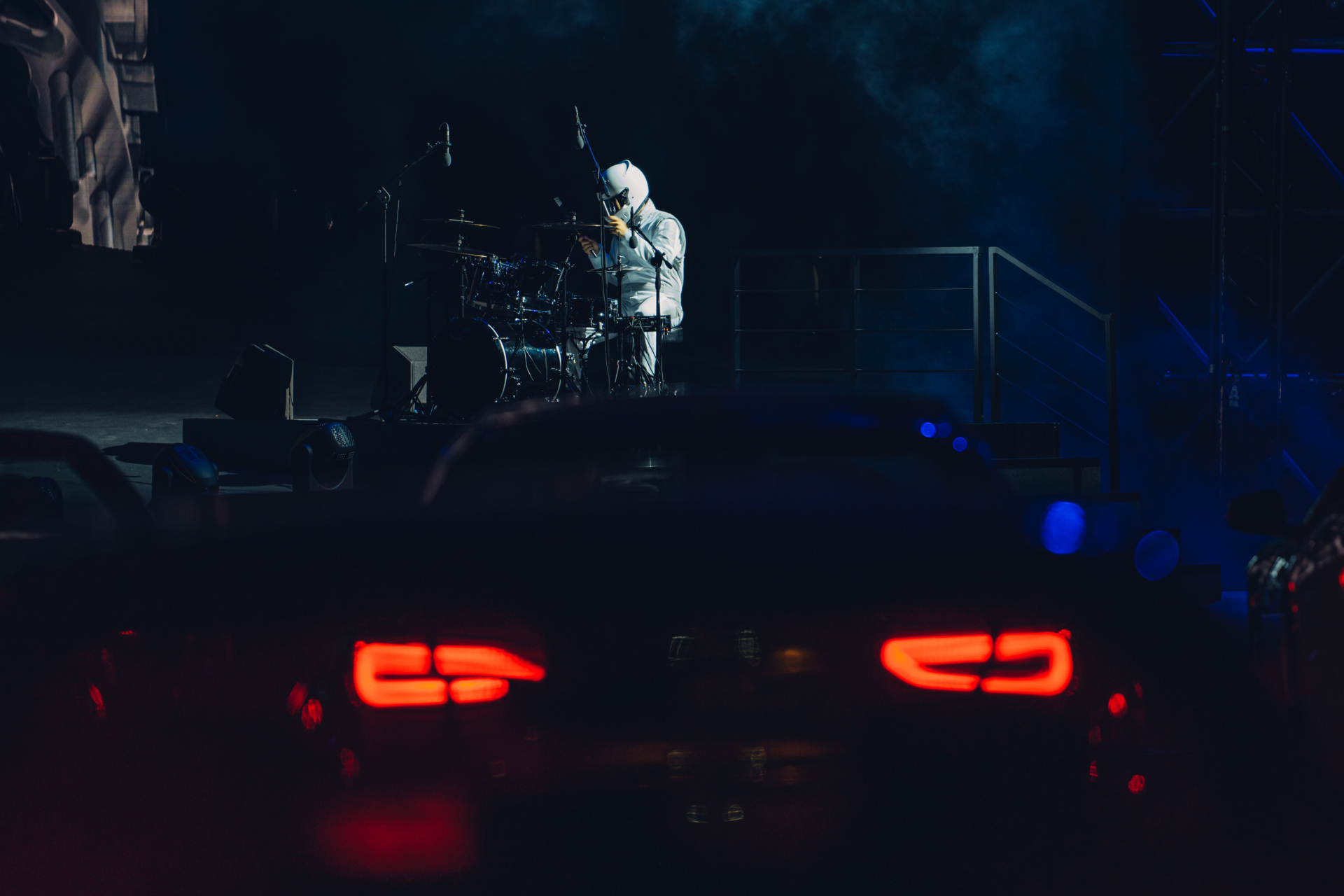 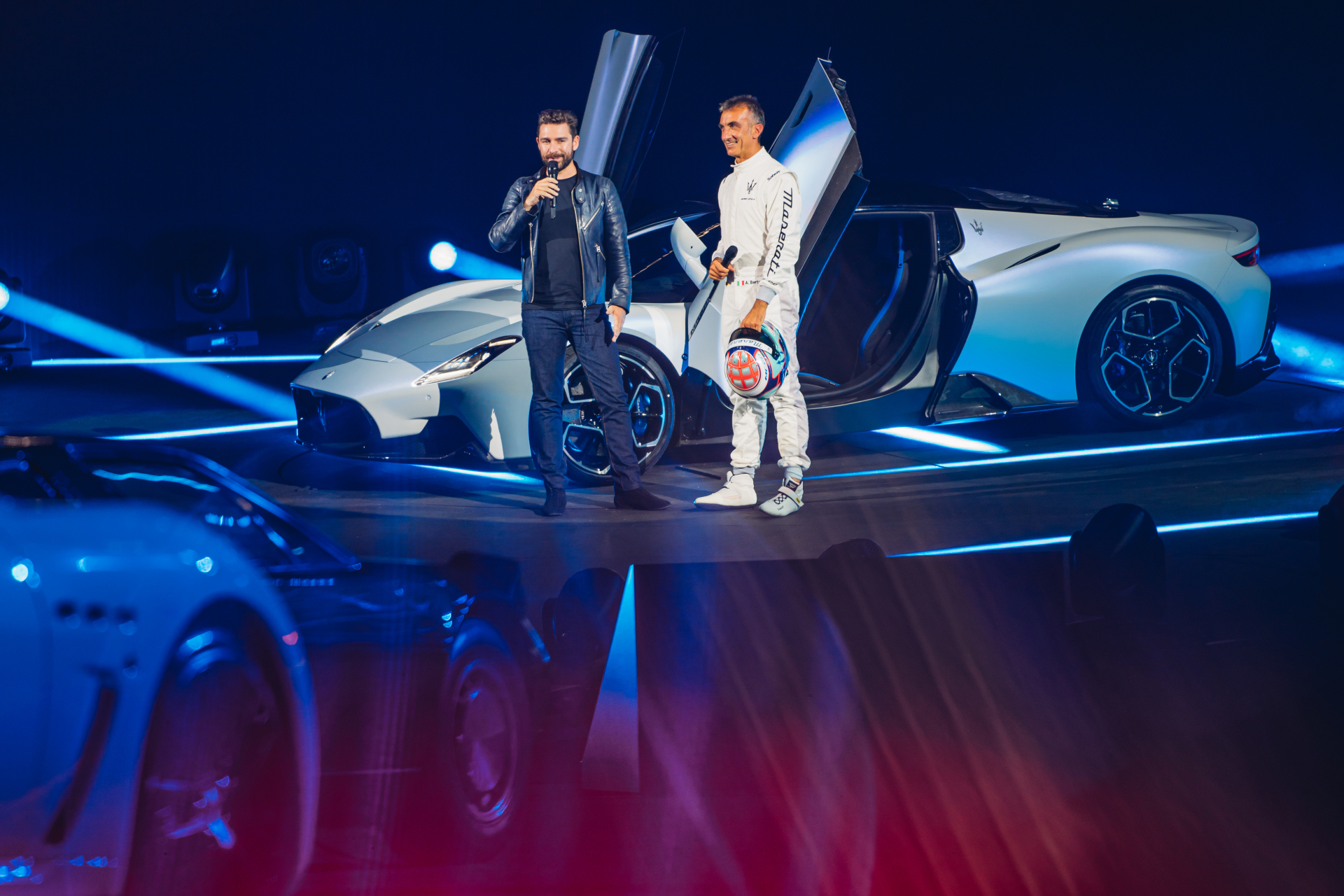 The whole Maserati team and the production crew that organsied this show were incredilbe, their vision and determination to pull off a live event amidst the challenges of 2020 was remarkable and I shall forever be thankful to be invited to host their most important launch in recent years. Congratualtions to the entire team and congratualtions once again on the stunning Maserati MC20 Supercar.